I was lucky to snag an invitation to speak at the American Conference Institute’s FCC Boot Camp in San Francisco and last week was the big event.

Coincidentally, my husband was also in San Francisco for a bit at the same time. He had a red eye back home the day I got in and was booked solid all the way through dinner. But he was able to quickly stop by to say hello and good bye on his way to the airport.

I was co-presenting on FCC privacy regulations with my part focusing on the CPNI, TCPA, and CALEA regulations.

I was a little concerned that my presentation might be a tad dry until I read the highly entertaining story of TerraCom and YourTel.

My favorite quote: “Because the Scripps Hackers have put the Companies in the position of having to incur the costs of potentially complying with more than 20 state data breach notification laws, the Companies are likely to look to Scripps to reimburse them for those costs.”

Sadly I did not find this quote prior to presentation time but even without it I saw disbelief, laughter, and face palms in the audience when I was telling this story.  The full gamut of emotions.

The FCC also shook things up a bit for me when they issued a press release the Thursday before presentation week announcing they were strengthening consumer protections against robocalls and robotexts. That will result in updates to the TCPA but as of last Wednesday they still hadn’t issued the declaratory rulings. I kept checking for rulings up until the night before. When morning rolled around and still no declaratory rulings had come out I quit checking because there wasn’t going to be any time for me to figure out what to say about it.

I was paired with a top notch attorney who represents clients in front of the FCC; it was nice to know if I forgot to mention anything he was ready to jump in. Always good to have a safety net.

The event also had some nice swag.  The regulations are so bright gotta wear shades! 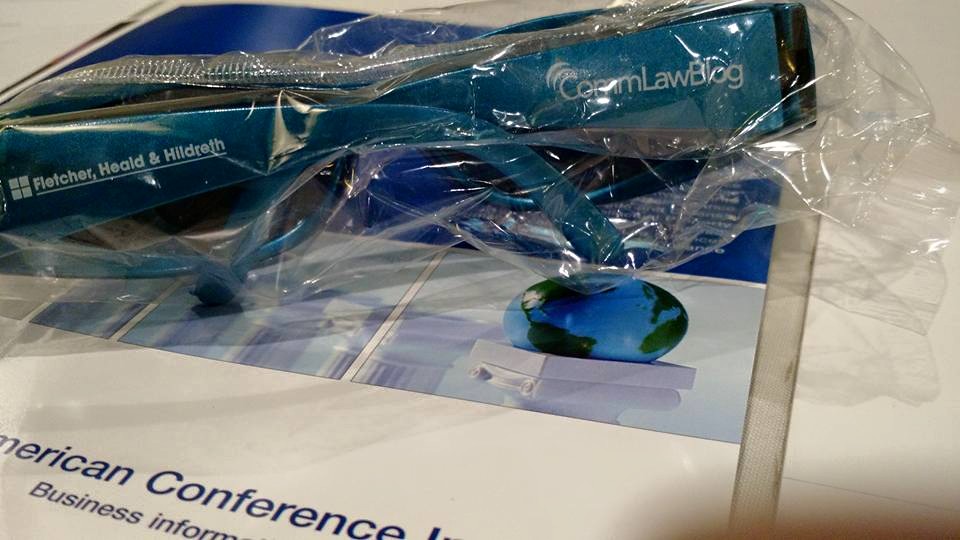 I ran into a couple of people I had connections with. One attendee knew about my employer, another knew about our flagship software (I believe he may have known even more about it than I did- he was an engineer I think), and I ran into a vendor of ours!  I’d tentatively planned to go to dinner with our vendor but I was too wiped out by the end of the event to go. Jet lag had resulted in my waking up at 3 am that morning because it was 6 am my time and I couldn’t get back to sleep. Normally jet lag doesn’t hit me so hard but boy was I feeling it that night.

I saved a story from the beginning of the trip for last because it seems appropriate.

On my flight over to San Francisco I talked with my seat mate almost the entire 5 hours. He caught my attention because when the plane started to taxi he leaned forward and started pumping his arms like he was sprinting. It was hilarious. It turns out he’s employed in the theater industry. I should have guessed. He lives in NY and his partner is in San Francisco. They see each other every 3 months or so and he was going out to be with him during the pride parade. I’m so glad he was able to share the moment of the Supreme Court ruling in person with his partner.

I’m also very grateful that I have friends who have a very different stance on this issue and yet we stayed friends post ruling anyway.  Close friends even. You don’t have to agree on these things to remain friends. That said, there is a difference between disagreeing and being disrespectful.  The reason I am able to stay friends with the people who have such different opinions from my own is we’re accepting of one another regardless of each others beliefs.

Regardless of your opinion on the ruling… 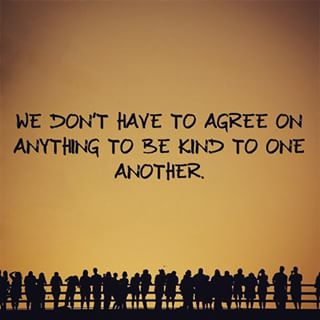